The Opposing Forces of Consumerism

I listened to the audiobook of Adam Minter's Junkyard Planet recently. It's quite an eye-opening look into what happens to much of our waste, the stuff that gets recycled anyway. The phrase 'reduce, reuse, recycle' stuck with me (although it's not new).

To counter the growing amount of waste the world generates we should first reduce, i.e. buy fewer things; second reuse, either ourselves or hand off to someone else who can reuse the item for its original purpose; and only then recycle.

Anyone who has seen the huge amounts of toxic chemicals both required and produced in recycling much of our waste (especially e-waste) can obviously understand why, not to mention the growing pressures with dealing with our waste in general. 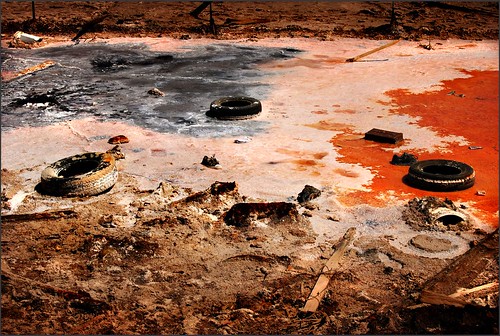 The problem is that our economies are built on continual demand for new things. When consumer demand dropped after the financial crash it threw most of the world into chaos. It's been a long haul back to where we were and we're not there yet.

So how do you balance these two opposing forces? On the one hand we need to buy less, and on the other we must continue to buy or many businesses will cease to function (and their associated jobs will go).

I started thinking about this recently because I was considering upgrading my desktop computer (yes, I still have one of those). My current self-build is over four years old, which in PC terms is almost pre-historic. It's still doing the job though, although it could certainly do with some more RAM.

There's a couple of other things that niggle me about it, which is why I haven't simply bought the RAM and got on with it. Then there's the consideration that the RAM is laptop-type, which means I probably won't be able to re-use it anywhere else, and I may not be able to upgrade it in future so would I be better investing that money in a new device now?

At least I have a machine where I have the option to upgrade it, most modern computing devices (to include tablets, smartphones, laptops and the rest) don't have any capability to do that.

I think that's something we need to address. Manufacturers should be required to either make devices upgradeable, or easily recyclable, similar to how car manufacturers have been set standards in this regard. Making them easier to repair would go some way to help too. At the moment it seems cheaper to bin something than fix it. I'm far from the only one who thinks this.

One of the other issues I seem to be running into now is software related. My hardware starts out fine, but as the software on the device gets updated and new versions with even more fancy transitions are released the hardware gets overwhelmed. Do we need options to disabled all the crap, or would it be better to have lightweight versions of software that increase the longevity of perfectly usable devices?

You can argue that various Linux distributions do this for desktops, but what about tablets and smartphones?

Mind you, I'm not sure any of this will stop me feeling guilty about considering a purchase in future.