Doubling Up on 4K

In the middle of last year I was presented with a 4K monitor (an ASUS MX27UQ). I was very pleased with it and the picture quality was a massive step up from the aging LG W3000H running at 2K that had been my main screen for many years. So I was very grateful to Father Christmas when he delivered a second 4K screen (a Dell UP3216Q).

Previously I had been able to get away with unlocking the clock on my existing Radeon HD 5450 card to provide a 4K picture (well, UHD @ 3840x2160). That wasn't going to cut it to run dual 4K monitors though, so the search was started to find something suitable. 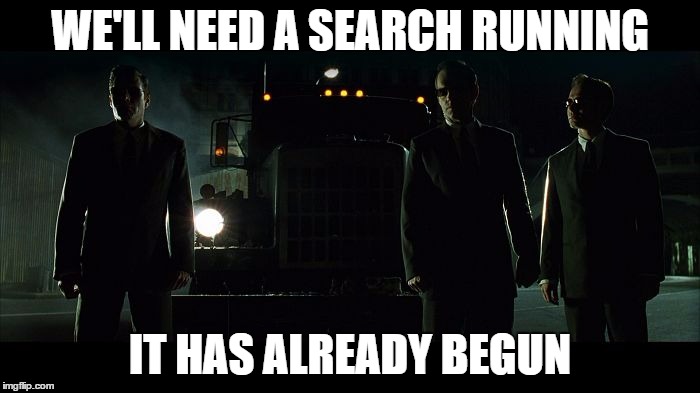 Running a single 4K monitor doesn't require a whole lot, with around 12 Gbit/sec for 3840x2160 @ 60Hz. For 30Hz that drops to about 6 Gbit/sec. Hence why I was able to push that using a cheap card released in 2010. The limiting factor doesn't tend to be the GPU power, but the connections on the board.

Only HDMI and DisplayPort are able to provide the necessary bandwidth to drive such big screens. A lot of cards come with HDMI, but the bad news is that only those released since 2015 (generally mid-2016) come with HDMI 2.0, which is the first version that supports 60Hz. Instead, you'll generally get HDMI 1.4, which is limited to 30Hz due to the lack of available bandwidth. Mind you, that's perfectly usable for general desktop use (in my experience, others appear to disagree).

The other option is DisplayPort, which since version 1.2 (released in 2009) has been able to supply enough bandwidth to drive a high resolution display at a full 60Hz. Finding cards with one DP port is pretty tough, finding one with two is harder still.

There are also options to drive displays using Thunderbolt 3 or Alt-Mode over USB-C, but these are even rarer.

I don't do any gaming, which is what the majority of consumer cards are aimed at. My priorities were:

Obviously the newest chipsets offer the latest connections. During my search I quickly found that AMD's RX 460 cards were fairly reasonably priced (£90-100) and offered both HDMI 2.0 port and DisplayPort 1.4 (which provides a lot more bandwidth), so I could run two screens at full 60Hz.

I dithered over ordering one due to my priorities. They may be available under £100, but I'm more used to spending below £50 on graphics cards (if not using onboard). Then there was power.

My entire machine draws around 35W under normal load. One of the selling points of the RX 460 cards, some of them at least, is that they can run from just the power supplied by the PCI-E slot (a lot of cards require additional power from the PSU). That means they top out at around 75W. Most will run with less draw, especially for my usage, but that was still a lot for me.

Then came noise. All of the mainstream cards I found had huge, sometimes multiple, fans. There were comments as to them being silent below certain temperatures, but very little detail as to what those temps were or whether that was true, so it seemed a gamble. Sapphire do offer a fanless version, but it's hard to get hold of and comes at a £20-30 premium (and takes up even more space).

The Nvidia equivalent is the GTX 1050, supposedly better on power but it comes at a slight premium in cost and there's no fanless version I could find.

The overkill of these cards bothered me. So my search continued.

Most consumers will be unaware that each of the big graphics card vendors has a range aimed at offices, where precision, rather than power, is the name of the game. The Radeon Pro line has taken over the older FirePro mantle at AMD, while Nvidia has its Quadro series.

These aren't aimed at gaming, but rather graphics and CAD applications where reliability, multiple monitors and accuracy are prized. They run the same chips as their consumer cousins in the main though.

I thought the FirePro W2100 was going to be the answer. Dual DisplayPorts, 4K output, a maximum power draw of 26W. For some reason it's limited to 30Hz when driving two screens, not sure why though as it should have the power for two. The other downside was it had a fan. It was also over £100 from most places, though eBay had a new one for under £70. I kept looking.

I stumbled across a couple of forum posts (one here and one here) that suggested the Nvidia equivalent, the NVS 310, could also drive dual 4K monitors. The documentation clearly states it has a maximum output of 2560x1600 though. It also has a fan, but reviews and users said it was very quiet, inaudible. With a maximum power draw of 19.5W, it was even more frugal than the W2100.

The kicker was the price. Brand new through official channels they're over £100, similar in price to the W2100. But second-hand ones were on eBay starting at £25! When I found Amazon had a Warehouse deal with a 'used' one for under £43 I was sold (I figured I would use their excellent returns policy if it didn't work out). This was for the 1GB version, while most are only 512Mb.

Although the box was a bit battered, the card inside appears to be brand new.

I was cautiously optimistic as I installed it and hooked up my first monitor. It took a reboot for any signal to appear, then I simply set Windows to download the latest driver, rebooted again and I could immediately select 3840x2160 @ 30Hz. So much for the documentation!

I was slightly disappointed I couldn't drive one monitor at 60Hz, but it happily runs both at 30Hz, which is fine for me. Full-screen 4K video playback is smooth (with the HD 5450 the CPU usage maxed out and I got some stutter).

I can just about make out the fan in a totally silent room, but I have to be listening for it. Power-wise, my watt-meter says I'm using less power than with the old card. Another bonus is it seems to have silenced the incessant squeal my ASUS MX27UQ put out when the screen was predominantly white.

It's not perfect, 60Hz would have been better. I'm not sure playing with clocks or unlocking drivers will help as the card only has 14 Gbit/second of memory bandwidth, which is nowhere near enough to drive two 4K screens at that refresh rate. Fanless would have been better (why it isn't is a mystery).

Overall I'm very pleased though. I like that a card that states it doesn't do something actually does, I like not falling for the sales pitch and I definitely like that it came at less than half the cost.

4K definitely doesn't have to break the bank.