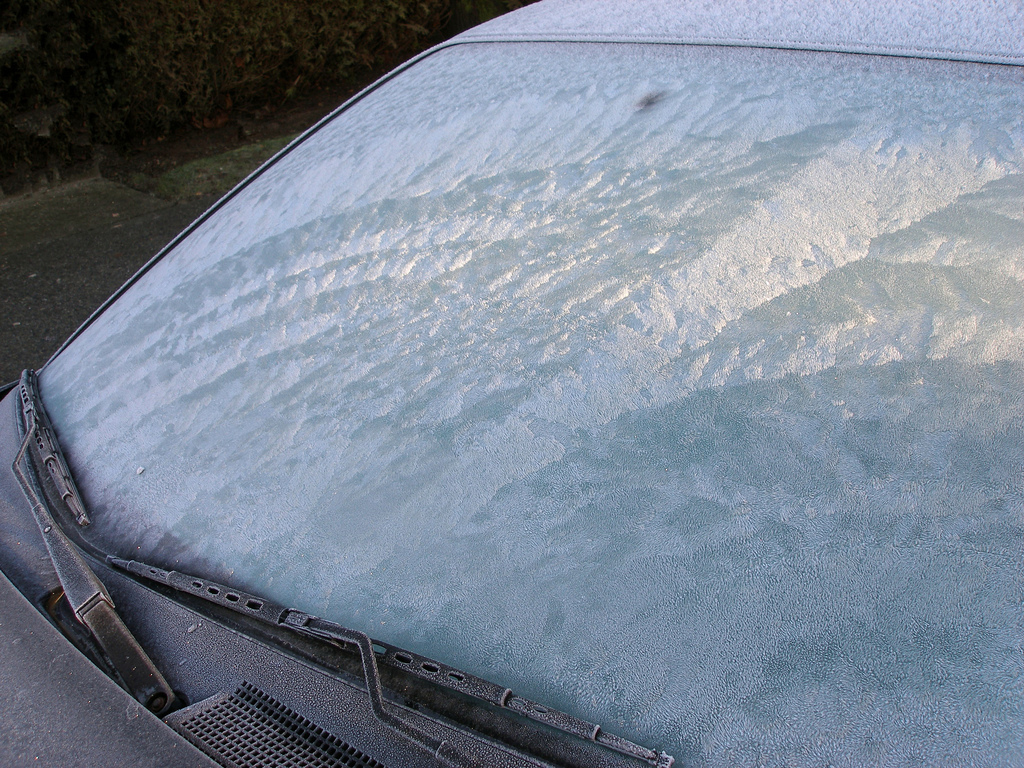 When I tell most people that I don't scrape my windscreen, I pour warm water on it, they look at me aghast. The old adage about it cracking screens is frequently mentioned. I'd like to set that straight.

I think this is a leftover from the days when windscreens were made solely of glass. In modern cars (any made in the last 20 years) they're a composite, with layers of plastic and glass. It's the plastic that stops the thing shattering (which I've seen an old screen do), and the mixture makes them much tougher.

There are some caveats, of course, I would recommend that you DON'T USE BOILING WATER. I think your screen could take it, but you don't need it. I use water from the hot tap, which is more like 40 degrees (Celsius).

This means the water you're using will freeze on your screen once it cools, so put your keys in the ignition first (turn it so you have power), and use your wipers to clear excess water after you've doused the screen. This will stop it re-freezing (I've heard talk of using salt, don't bother).

That's pretty much it. Much easier and faster than scraping, plus you don't get cold hands. The other benefit is, if you have frozen condensation on the inside, it'll get to work on that too.

So stop listening and start saving, that's my advice.